Measurements and step by step how to make the top hat.

Made this so it will fit 6 x 4 photos, but it can also be made smaller! Just adjust the measurements.
I used medium weigh chipboard 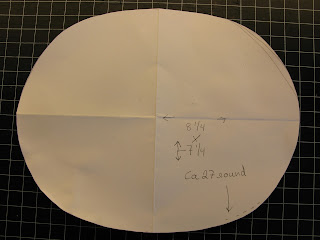 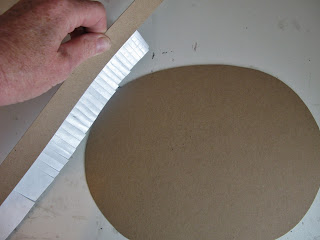 Glue the strip around the oval 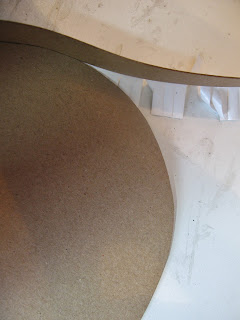 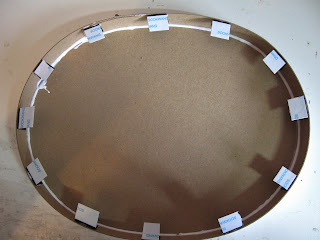 Use the template and drew on a larger chipboard and then mark 3 inch around.
Cut out. 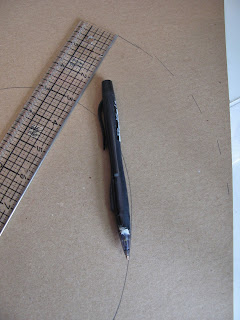 Wet it down a bit with a wet cloth to make the chipboard fold easy and find something to round the sides. 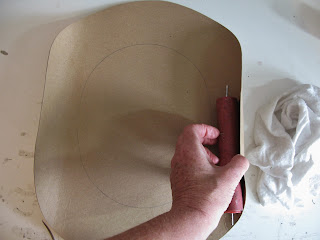 Glue around the inner line and glue down the shelf.
Put something heavy on so it glues well.
I used dies. 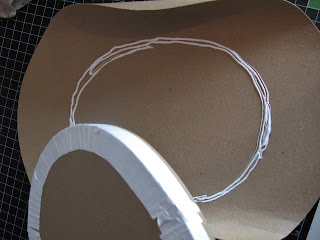 Measurement for the side.
Folded a copy paper in half and cut at 4 inch
Cut out as show on the picture 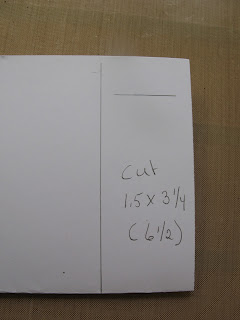 Use the template and cut out 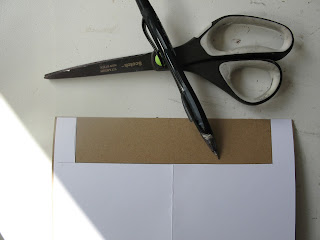 Side chipboard cut 8 x about 28 inch
Cut out 2 strips 3/4 and glue them on to make the end stronger.
Glue the ends together. 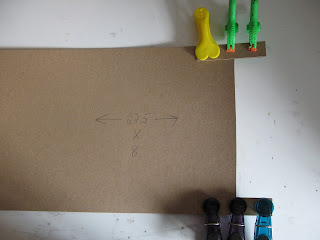 Glued together to of the oval circles and glue them inside the hat. 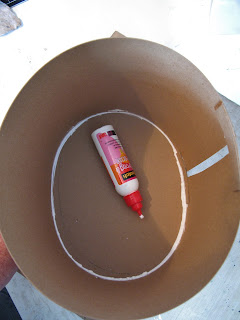 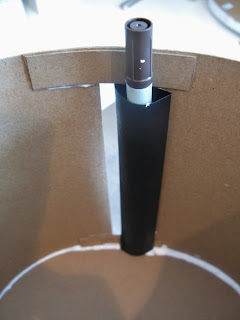 Used a bit molding paste on the top to cover up where it not fits to the edge. 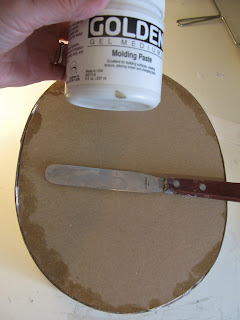 Used black paper and cut out 12 x 6 3/8.
Used score tape for the back side.
Line it up with something straight ( edge of your table) 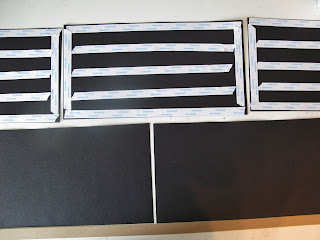 Glued each together so the ends meet.
Cut out so many you want your strip to be long  :-) 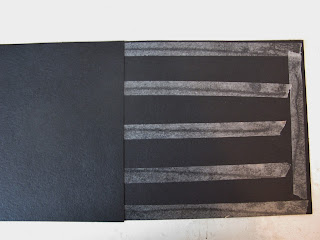 Not always easy to get it straight so cut off the rest. 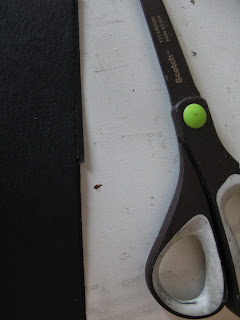 Roled it around a spray box and glued like show bellow with 2 score tape strips so it holds. 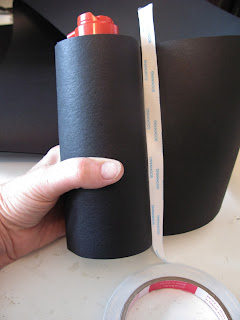 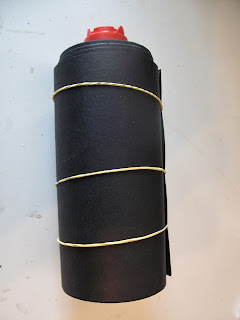 Used kitchen towel holder and cut it at 7 inch for the middle part inside the hat and glued on Tyvek envelope on the end for hinge. Glued on black paper around with Claudine Hellmuth Multi Matte. 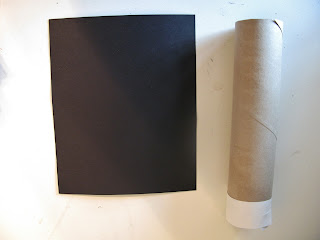 The rest of the kitchen towel roll I used for the bottom part.
Cut off a bit so it fit inside and glued on Tyvek envelope for the hinge.
Cut out 2 circle black paper.Cut into the the hinge in strips and glue on the circle 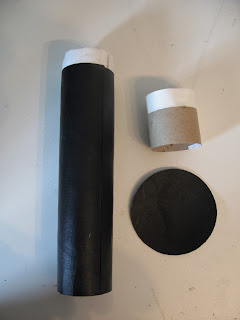 Glue inside the hat 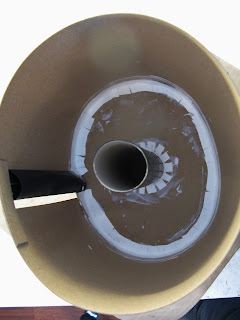 Painted black and put the film strip inside. 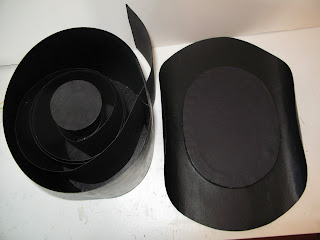 Used some old sun glasses on the front. 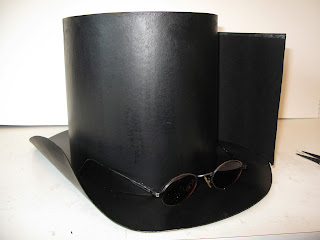 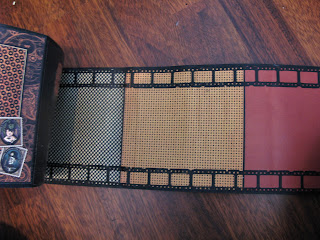 Bend the strip  when you glue down the decor paper 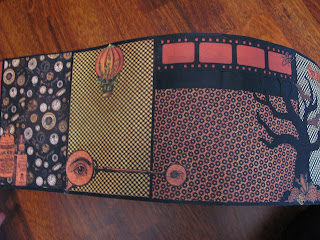 Finish and ready to put inside the hat 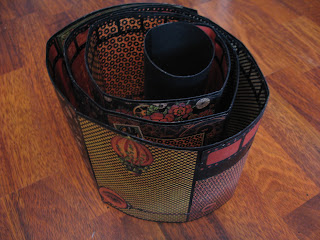 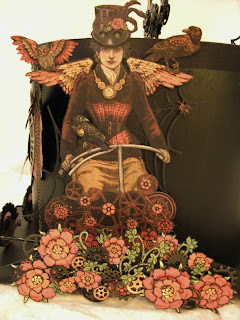 Hope this was helpful and that you want to give it a try :-)

Posted by annes papercreations at 6:59 AM

annes papercreations
Fevik, Norway
Hi my name is Anne and i live in the south of Norway. I like all sorts of crafting. Mini albums and making things out of chipboard are my favorites. Will post different paper arts and tutorial here on my blog and hope you enjoy. Have been crafting all my life and always like to make something with my hands. Hope you like my art, and i am grateful for all comments. For questions please watch my Frequently asked scrapbook questions and fussy cut tutorial video - https://www.youtube.com/watch?v=qgsJnzDCHkA Wish you all a happy and wonderful creative day :-) 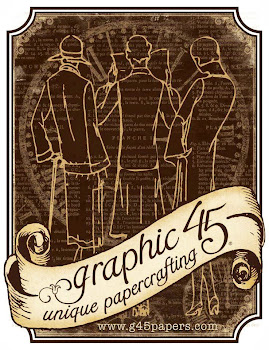 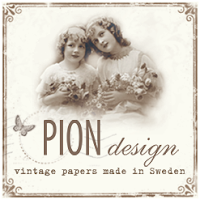